A lazy Saturday, finally! It was also once of those brilliant, cold autumn mornings where it is nice to sit around and catch up on what is going on in the world with light streaming into the house. With the Saturday papers bought, this is just the sort of day to say whatever I have to do, I am going to make brunch and laze around for a while!

Brunch is not a meal that I eat very often. During the week? Forget it! And at weekends, I’m generally too busy as it’s a case of up early and out the door to do “stuff” (travel, shopping, socialising, culture). But yesterday was a little quieter, and I fancied something comforting to enjoy with coffee as I read the paper. Creamy mushrooms on toast! 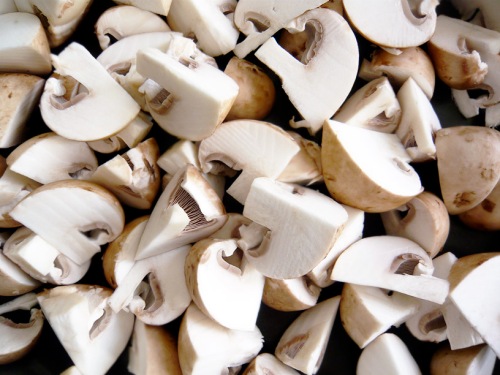 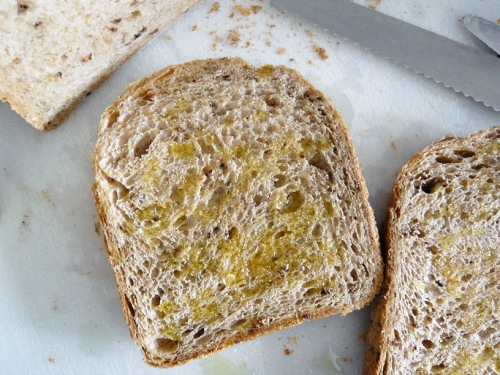 I have a really soft spot for mushrooms on toast. Good mushrooms, cut into chunks, then cooked up with butter, fresh black pepper and a little soy sauce, then add cream and cook until thick. And finally, if you are feeling decadent, add a dash of truffle oil from your holiday in Italy (which seems too long ago!). All actually very simple, but it seems such an extravagant way to start the day. Sure, you could have muesli with yoghurt (which I usually have), but when you have the time for something fancy, fancy usually wins, at least in my house.

By chance, fortune smiled on me as I had a punnet of chestnut mushrooms to make this dish with. I like then as they have that little something extra in the flavour department, which makes then great raw in salads, and they have a deeper, richer flavour when cooked as compared to white button mushrooms. And the little dash of soy sauce just adds to the magic, but I really mean just a dash. Try it.

Taking foresight to another level, I had used my bread machine the night before, and had a fresh loaf of granary bread waiting for me in the morning. I swear, none of this was planned, just a morning when you start to make something and are thrilled to find everything you need already in the kitchen! I cut some thick bread slabs, drizzled the slices with a little olive oil, and baked in a hot oven until they were crisp. This little trick means that the bread stays crisp once the creamy mushrooms are poured on top, so you have a combination of the silky mushroom sauce and the crackle of the bread as you munch your way through this dish.

To make mushrooms on toast (serves 2):

In the meantime, brush both sides of the bread slices with olive oil and place on a tray in the oven. Cook for 10 minutes until golden.

Remove the bread from the oven and put onto serving plates. Stir the truffle oil through the mushrooms, the pile the mushrooms on the toasted bread.

One response to “Brunch Favourites: Mushrooms on Toast”