For quite some time I have been promising/threatening loyal readers that I would make a start on Christmas baking. So here goes.

I think that cookies, cakes and all manner of sweet treats are a big part of the festive season, and I particularly like anything German in this regard. Lots of sweet, spicy cookies, flavoured with citrus and honey, which go well with glasses of hot mulled wine. But, before we start on the actual baking, we need to prepare something that features in a lot of German Lebkuchen.

You might think by way of spices a spoonful of cinnamon and  dash of nutmeg will do to trick, but just as Germans take their Christmas markets to the next level, so they do with their cookies and how they spice them up. The secret is Lebkuchengewürz, or Lebkuchen spices. This mixture is indeed made with mostly cinnamon, but with the addition of a few other strategic spices: ground coriander seeds, aniseed, ginger, nutmeg, cloves, cardamom and a pinch of paprika. This makes for a warm, fragrant spice mixture, which is in turn woody, sweet, fresh and spicy. The trick is for these other flavours to be present, but not to dominate. And what you end up with is something that is the very aromatic essence of Christmas. 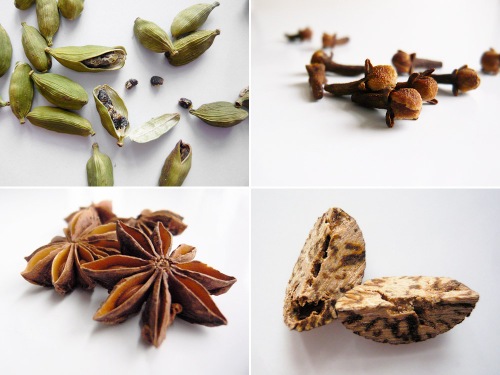 If you are making this, one question is what sort of spices to use: pre-ground or whole?

Well, that could be the wrong question. The number one factor in making a good spice mixture is to use fresh spices. If they have been at the back of the cupboard since mid-2007 in an open packet, sure they will have some aroma and flavour, but they won’t pull their weight. And you who wants to be the one, Eastenders-style, who ruined Christmas, eh?

The next consideration is whether the grind or buy. There are some – star anise, nutmeg and cardamom – that I will do, as I have a useful Italian nutmeg grater which gets nutmeg and star anise into a fine dust (a useful gift, Miss E!), and a small marble mortar and pestle to grind cardamom or pepper. Once these are ground and sieved, you will have a great aromatic spice. But for tougher spices like cinnamon, coriander seeds or cloves, I go with the pre-ground stuff. I’ve tried attacking them with a grater and a coffee grinder, and while they will fill your kitchen with fabulous smells, they finished result is never as fine as when you buy it.

The big question: how it is as a spice mixture? Well, I find it really useful to have in the kitchen. Great at Christmas, obviously, but it can be used throughout the year in all manner of fruit cakes or chocolate dishes to add an interesting dimension to the flavour. And I can really recommend making truffles with Lebkuchengewürz – they truly taste like Christmas! 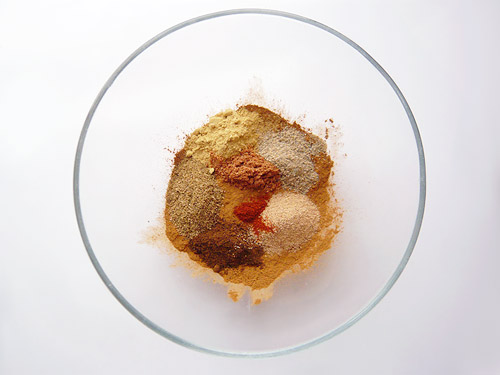 So, with the mixture made, I will shortly start on making all manner of sweet treats. In fact, there are a tray of Pfeffernüsse in the oven already. Mmmm…

Put all the spices in a bowl, and mix well. Pass through a fine sieve to get rid of all lumps and ensure the spices are properly mixed. Store in an airtight container in a dark place until needed. 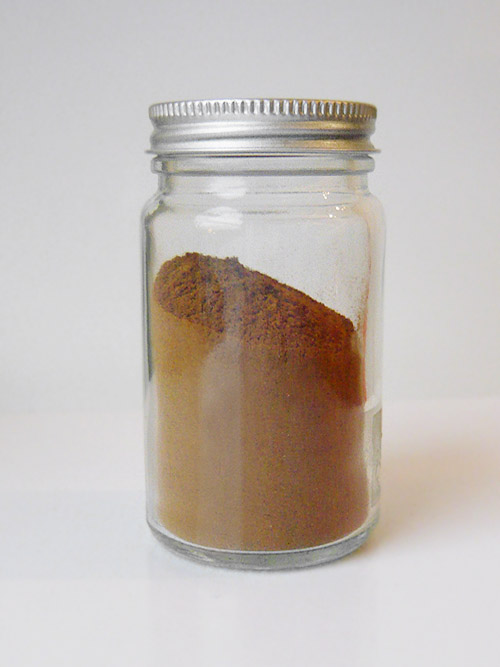