‘Tis autumn, and lo! In the local park, there is a patch of thorny bushes that have changed from green to golden, and those leaves are now starting to fall. And behind those tumbling leaves…the sloes appear! 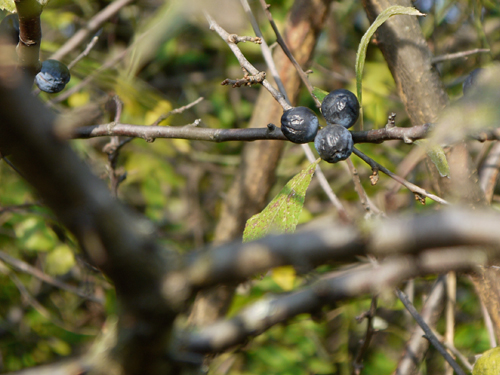 Not everyone knows sloes. I make this sweeping statement based on a survey of one person. I got chatting to an American lady in the Refuel bar at the Soho Hotel last week, and she was unsure what to order. She asked me, and I suggested the sloe gin fizz, on the basis that sloe gin is very British, and it was also seasonal. She went for it and seemed happy with it. So one convert to sloe gin…but back to the point: what are they?

Sloes are part of the plum family, but much smaller than the varieties we are used to enjoying. They have a deep purple colour and a blueish bloom. But the real surprise is the taste. As a child, we were all the victim of someone who convinced us to taste one, only to recoil in horror as you realise that sloes might look nice but they are unpleasantly astringent. It’s like eating alum. Your whole mouth goes dry and your mouth puckers. The whole thing is…well…just downright horrid. And from that point (typically aged seven or so) you learn to avoid the little devils, no matter how ripe and juicy they might look on the tree. And then, in due course, you play the same trick on your friends and younger cousins.

Well, you avoid them, unless you are me.

Two years ago, I thought I would get clever and have a go at making sloe jam. On paper, it was all going to go marvelously well. I had read a little about them, and understood that the astringency will vanish if the fruit is frozen overnight. This also has a basis in homespun folksy wisdom – sloes would traditionally be picked after the first frost, so the freezer is just giving Mother Nature a little helping hand. Now, I have to admit that while the freezer option is much easier, there would of course be something terribly romantic about wandering through the trees on a cool, misty autumn morning as the fruit is tinged with frost…

So, I got my sloes. I picked them, froze them, and then chucked them into a pot. I made the jam and it set to a fabulous garnet colour.

The next morning, I settled myself on the sofa with a cup of tea, the Sunday papers and several slices of hot buttered toast with a generous spreading of sloe jam. At first, it was quite nice, a like damson jam.

Then it hit. The pure, pure horror.

I had basically just succeeded in making eight jars of astringent paste. It was inedible. Awful. So the lesson? If you’re going to do “stuff” with weird fruit, be very, very sure you know what you’re doing with it. With hindsight, I might had gotten carried away with how nice the fruit looked on the tree and should have waited longer for the fruit to ripen…but I still look back on that jam with dread…

And you know what? You would think that I would have learned. But no. Last summer, a similar disaster unfolded when I tried to get clever and make rowan jelly. Again, it was unpleasantness in a quivering, jewel-coloured form. And again, probably the fruit was picked based on looks rather than ripeness…

This is all a very roundabout way of bringing me to the issue of today’s post: how do you solve a problem like the sloe fruit? Well, there is one option which is perennially  popular tipple in Old Blighty. You take the little chaps and immerse them in alcohol. Yes, I’ve made a batch of sloe gin. 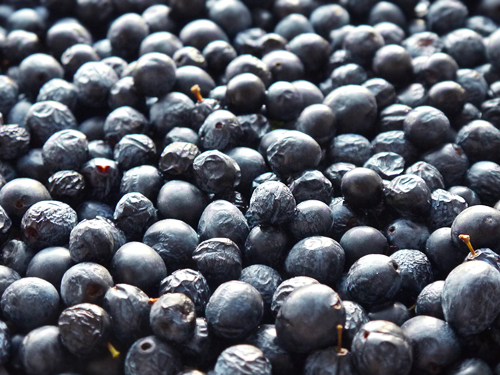 To get all technical, this is not really a true gin, but more like a fruit liqueur based on gin. The idea is very simple indeed – you just take some large glass jars, fill them with fruit, sugar and alcohol (gin or vodka) then leave the flavour to infuse. After about a month, the alcohol is drained off and left to mature, while the fruit can be used for pies or jam.

The sloe gin itself can be enjoyed neat to ward off the chills outside, or used in a range of cocktails (sloe gin & tonic or a sloe gin fizz). 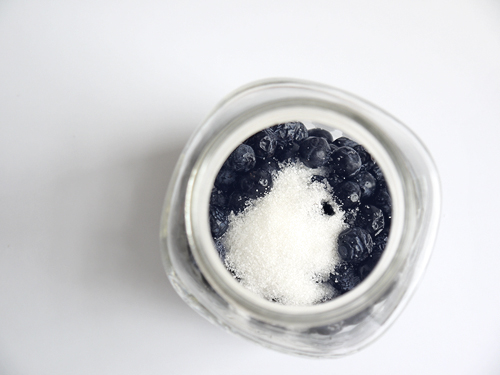 As with so many traditional recipes, this is one that contains its own little rituals. You should pierce the skins of each sloes two or three times either with a silver needle or a thorn from the sloe bush. Now, I don’t have silver needles lying around the house, so I toyed with the idea of going back to the wild part of the local park to get a thorn. However, I thought better of it. I had picked them with three friends and we all emerged with large cuts in our arms and legs (nothing serious, but they looked dramatic). You see, the sloe bush is also known as the blackthorn, and as you can see from the top picture, there are some vicious looking thorns on the bush. So all things considered, it was safest to use a cocktail stick.

The recipe is actually quite easy – take a clean jar, fill one-third full with sloes. Check the weight of the sloes, and add three-quarters of that weight of white sugar. Then top up the bottle with gin or vodka, and shake gently. Then you shake the bottle every day for a week until the sugar dissolves, then shake it two times a week thereafter, and after a month, remove the sloes and store the sloe gin somewhere dark to mature.

As you can see in the picture below, the gin starts to take on the colour of the sloes straight away. I write this on day four, and all the sugar has now dissolved and the colour is now a deep pink colour, which should become stronger with time. So for the time being, this is tucked away in a cupboard. Let’s see what it’s like by Christmas!

Update: you can see how it turned out here! 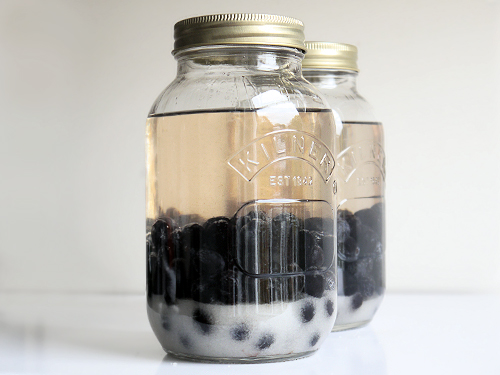 • sloes
• white sugar (three-quarters of the sloes)
• gin or vodka

Rinse the sloes and remove any bruised fruit, leaves, stalks and insects (yup, there will be some in there!). Put the sloes into a tub and leave in the freezer for a couple of days.

The night before making the gin, remove the sloes from the freezer. Spread them out on a plate or a try, and leave somewhere cool to defrost.

The next day, pierce each fruit 2-3 times with a needle or a cocktail stick. If you’re making a lot of gin, this is best done sitting at the kitchen table with the radio on as it can take quite some time.

Fill the jar one-third full of sloes. Weight the sloes, and add 3/4 of the weight in sugar. Fill the jar with gin or vodka, seal the jar, and shake gently. Store the jars in a cool, dark place (the back of a cupboard is ideal). Shake the jars gentle each morning and each evening for a week, then shake them twice per week for the next three weeks. After a month, strain the gin and decant into a sterile bottle. I’ll keep an eye out for some ideas for the boozy fruit!

Worth making? No idea. Normally I would be in a position to say that I made something and it was either amazing or awful. But not today. This stuff will take a while to develop, so you’ll just need to remain patient and check back in a few months. But I’m quietly confident and expect rather great things from this. Fingers crossed!