I’ve had a bit of a blogging hiatus since Christmas, as things have been pretty hectic. Sure, it was a shock to they system to go back to work, but life also has a habit of throwing a few random shocks and surprises too, and the last thing I felt like was getting adventurous in the kitchen.

Anyway, time to change all that! While this is the time of the year that I normally like to feature some Scottish recipes in honour of the celebration of the national poet Robbie Burns, I’m going to break with tradition and have a bash at something I ate rather a lot of on holiday last year on Gran Canaria. This is called papas arrugadas which roughly translates as “small wrinkly potatoes”, of which more later.

Below is a little selection of my pictures giving you a bit of a flavour of what the island is like – mountainous, sunny and warm, even in the early days of winter. The capital, Las Palmas, has a fantastic stretch of beach with strange, black sand and fantastic sunsets, while the days brought trips to inland villages with ancient churches, botanical gardens and, by pure coincidence, a rum distillery in Arucas (selling superb rum and rum/honey liqueur). Yes, this is an island that seems to have pretty much everything. Inland, the terrain gets very hilly very quickly, and you pretty quickly realise that the description of Gran Canaria as a mid-continent is no exaggeration. While the Canary Islands are geographically party of Africa, culturally they are very Spanish, but they also reflect their position as a trade centre with various influences passing through over the years. Oh, and did I mention all that glorious sun in the middle of winter? It made the chilly streets of Britain seem so far away. 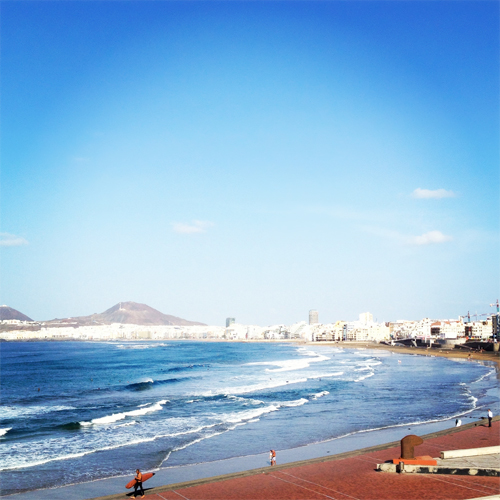 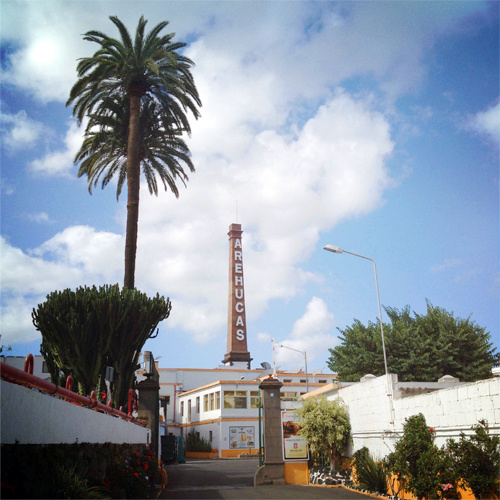 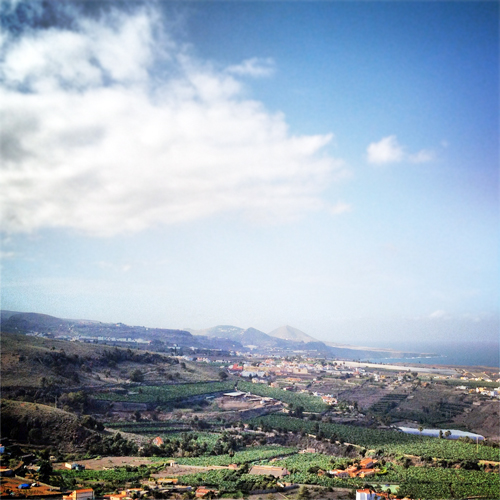 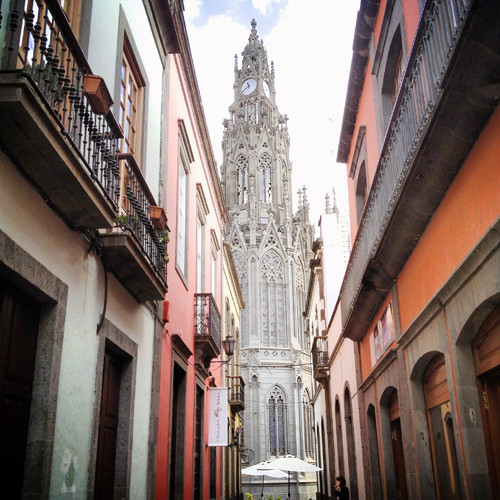 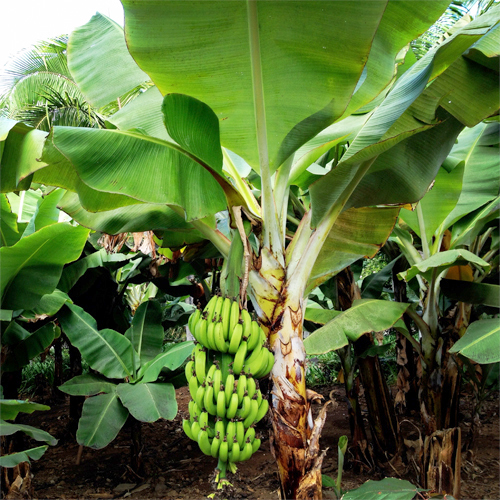 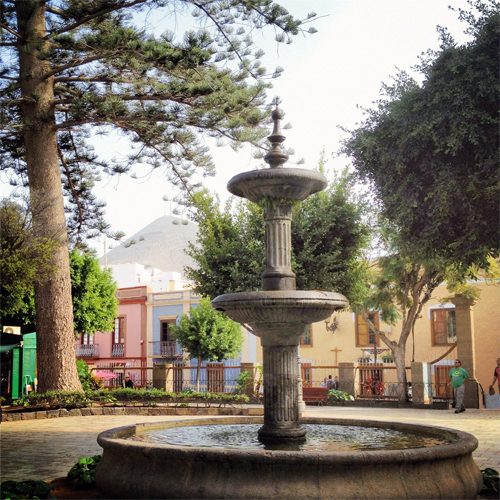 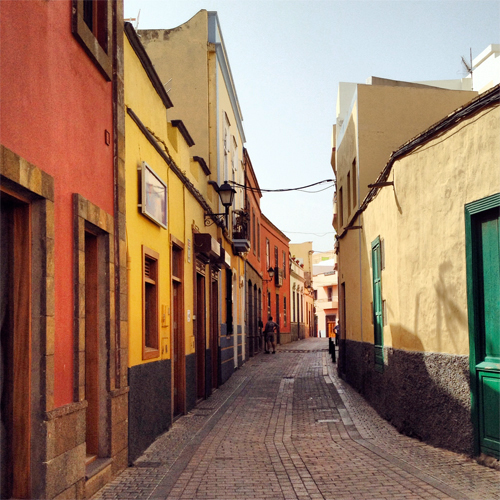 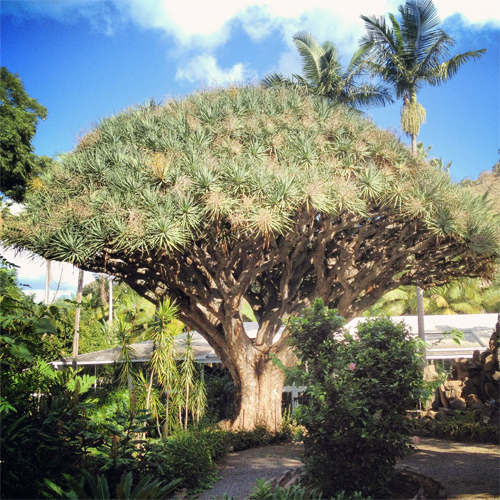 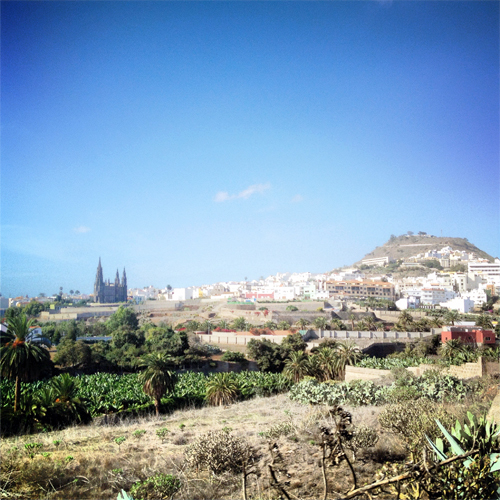 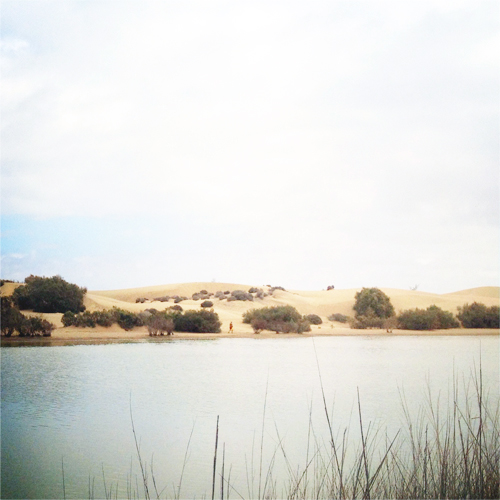 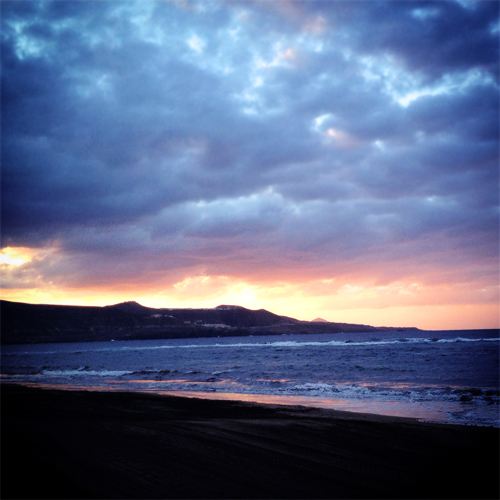 So back to the food…what are these papas arrugadas things? Well, they are about one of the simplest things you could every want to make as a snack with drinks. Take some small potatoes and boil them in very salty water – as a rule of thumb, it should be so salty that the potatoes float! That said, I chickened out and added just one tablespoon of salt to the cooking water for my bowl of spuds – I like savoury, but I’m not a salt fiend. Once cooked, you drain them, pop them back in the pan on a very low heat, and as the remaining water evaporates, you are left with a salty crust on the surface of the potatoes, giving them a frosty and wrinkled appearance. They are then served with a sauce, traditionally mojo rojo, made with peppers and olive oil. That’s it. Really, it’s that simple!

In the interests of full disclosure, it’s probably worth pointing out that you really need to enjoy salt if you’re going to make this – it packs quite a punch, so I think it’s best served with other dishes that are much fresher, like tomatoes, salads or mild cheese. Incidentally, there is also a fantastic local cheese on Gran Canaria calles queso de flor which is made with goat’s milk and milk from the cardoon flower, a thistle-like plant related to the artichoke. This cheese has an unusual smokey flavour which makes a nice partner to the papas. Yes, we’re all about healthy eating at the moment! 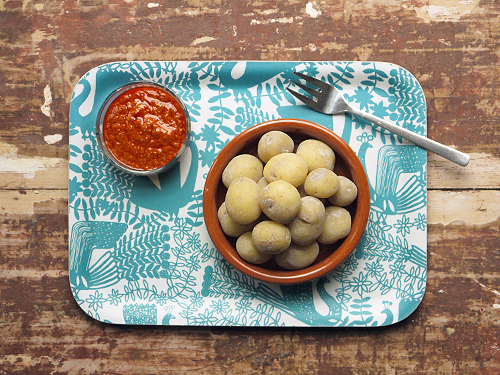 Traditionally this dish was apparently made with sea water, so it was quite easy to get a very salty finish on these spuds. This also makes sense when you understand the geography of the Canary Islands. These are not places where fresh water is in over-abundance. Instead, they rely on rain or passing clouds (in the case of the latter, water collects on trees inland and drips slowly down into the ground). Gran Canaria is not exactly a desert, but it did strike me as the sort of place that you’d prefer not to waste water if you had the choice. I did see my fair share of passing showers during my visit, but they never lasted for more than a few minutes, and being out in the middle of the ocean, the weather changed incredibly quickly.

Now, I have to fess up that I didn’t actually make the sauce to go with these papas, preferring instead to stock up with some in a local deli during my holiday. There were actually loads of foody treats that I was able to pick up, and in addition to the mojo and the cheese (and the quince paste, and the fig paste, and the sugared pine nuts, and the pastels de gloria, and the palm sugar treacle…)  there is a tasty spread called bienmesabe made from egg yolks, sugar, ground almonds, lemon zest and cinnamon. This is originally an Arabic dessert, but if offered all over Gran Canaria as a dessert. Delicious on ice cream or spread thickly on bread at breakfast. Yup, yet more tips for healthy living today! 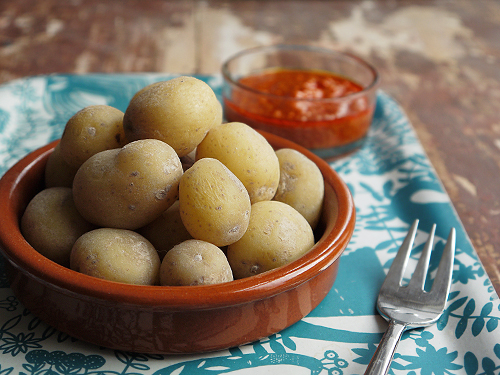 If you’re keen to make your own mojo rojo then aim for a spicy, but fairly thick and smooth sauce. I would suggest a few cloves of garlic, a couple of hot chilis, a spoon of paprika, a couple of spoons of vinegar, plus olive oil and salt to taste. If you’re feeling adventurous, you might also want to throw in some other spices like fennel or cumin. Make sure everything is blended to a smooth paste so that it coats to the potatoes when you dip them in. As long as you use plenty of oil, you could make this sort of sauce and store it in the fridge for quite some time, so perfect as a quick snack to impress guests when you’re knocking back some Spanish wine on a warm evening. Now all I need is…a warm evening to enjoy my back garden! The first snowdrops are starting to peek out of the soil, so hopefully we’ll be enjoying warmer days soon. 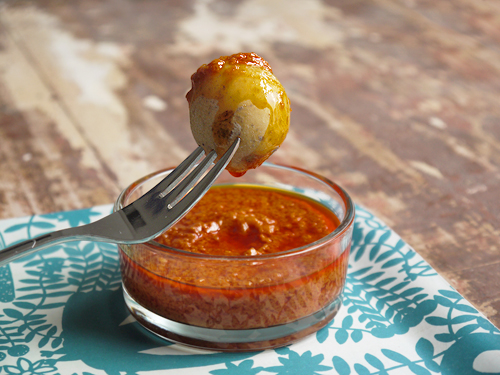 And there you have it – a quick little recipe that can be pulled together in less than 20 minutes to impress hungry dinner guests!

1. Put the potatoes into a saucepan. Cover with boiling water and add either (1) add enough salt until then potatoes float, or (2) add one tablespoon of salt.

2. Boil the potatoes until soft – around 15 minutes, until you can insert a knife easily.

3. Drain the potatoes, then return to the pan. Place on a low heat, shaking frequently, until all the water has evaporated and the potatoes have a salty crust.

4. Transfer to a bowl and serve hot with dipping sauce.

Worth making? Of course! Who doesn’t love potatoes with sauce?