These might have the most amazing name of anything I’ve made – it translates as “glory cakes” which is really promising quite a lot! Sounds like a brag someone might make after working out, no? Anway, these little guys come from Spain, which can be relied on to deliver a delicious array of Christmas goodies. I think this may be to do with the tradition of nuns in monasteries making sweet treats to sell to the local populace, or more likely well-heeled pilgrims. 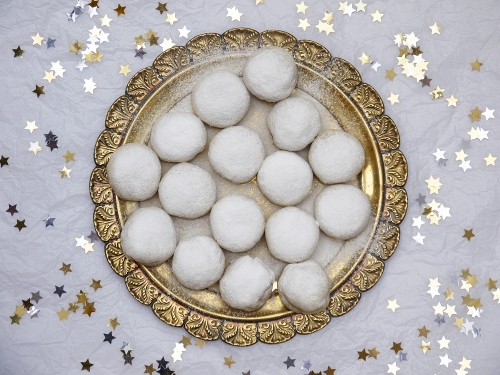 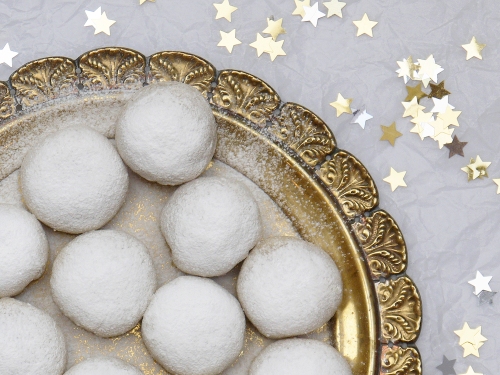 Last year I made Cordiales de Murcia which are marzipan filled with angel hair pumpkin jam. Glorias are similar and are filled with a thick sweet potato jam with a dash of cinnamon. Making this filling is actually a complete breeze – you’re not really making a jam which must set, but more of a thick paste. You just pop a large sweet potato in the oven, bake it until soft, then scrape out the flesh and cook it with sugar and cinnamon until it is bright orange, thick, very sweet and all in all quite jolly-looking.

It also seems that glorias go by a few names, and a couple of really interesting ones were tetilla de monja and teta de vaca. The latter means cow’s teat and I’ll leave you to guess that the former refers to in the context of nuns(!). You can begin to see why they are generally referred to by their glory cakes moniker. 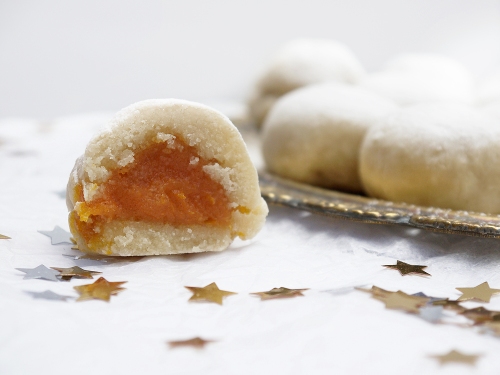 Making the filling and marzipan is easy, but I must admit that I did find shaping them a little bit tricky, and it took me a couple of attempts to find the best way to do it. In the end, what really worked for me was to find a really small bowl, line it with a piece of plastic film, then put a ball of marzipan in it. I added another piece of cling film, then pressed down so that you get a “cup” shape with the marzipan. Then the cling film slips right off, you can add some filling, and then tease the edges together to seal the gloria. Then you lift the cling film out, gloria still inside, then gather the top and twist. Hey presto – they look neat! I do recommend playing a little bit with the marzipan and perfecting your technique. Once I’d made two or three, I got the knack of it, so don’t worry if the first few are not perfect. They will be dusted with icing sugar, which will reliably cover a multitude of sins!

When it comes to baking, you’re really looking to set the marzipan rather than turn it golden-brown, so do watch them carefully while baking. They will also be quite firm and rather dry, possibly even a little crisp when they come out the oven, but store them in an airtight tin for a couple of days and they will soften up nicely. 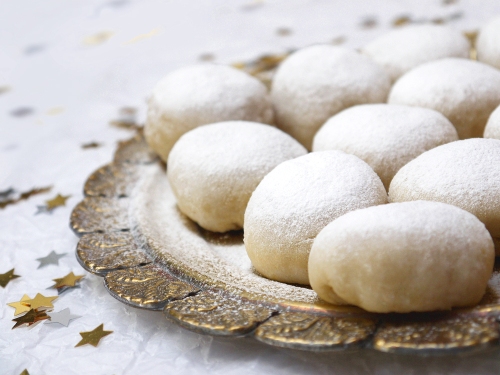 1. Make the filling. Set the oven to 200°C (400°F). Prick the sweet potato, then put in the oven and bake until it is soft. You should be easily insert a knife. This will take 45-60 minutes. When done, remove from the oven, cut the potato in half and scoop out the flesh – you want 250g of cooked sweet potato.

2. Put the cooked sweet potato flesh in a saucepan, and use an immersion blender to make a completely smooth puree. Add the sugar and cinnamon and mix well – it will look a bit more transparent and seem slightly wetter. Cook over a medium heat for around 10 minutes, stirring constantly, until you have a thick paste. Drop a small amount on a plate – it should be fairly firm. Remove from the heat, leave to cool completely, then cover and leave overnight in the fridge.

3. Make the marzipan. 1. Make the marzipan mixture. Combine the ground almonds, almond extract, sugar and lemon zest. Mix well, then add one beaten egg. Mix, and then add enough of the second beaten egg to make a marzipan. It should be soft enough to work with, but not wet or sticky. I used just over half of the second egg. If you add to much egg, just add equal amounts of almonds and sugar to get a texture you can work with.

5. Pinch off walnut-sized pieces of the marzipan (or weigh them – mine were 25g each). Flatten the marzipan between two pieces of plastic film, then add about half a teaspoon of the sweet potato filling. Fold the marzipan around the jam, seal, and roll into a ball between your palms.

6. Place the ball on the baking sheet, and repeat until all the marzipan has been used up. You might find you have some filling left.

7. Bake the cookies for 10 minutes – the cookies should look dry on the surface but not browned. Remove from the oven and leave to cool

8. To serve, dust with icing sugar. Don’t go crazy – pasteles de gloria are pretty sweet, so you’re dusting for effect more than anything.