If you’re going to make festive biscuits, you need to get spicy!

Hence the second part of the “Twelve Goodies of Christmas” is a traditional spice mixture from the Netherlands. 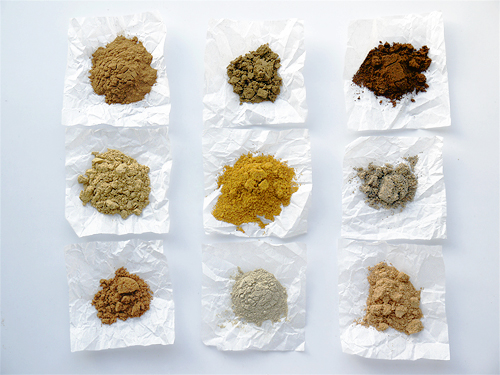 Last year, I made a batch of German Lebkuchengewürz. Rather than trying more of the same, this year I’ve taken some inspiration from further west, and made a batch of Dutch speculaaskruiden (speck-oo-lass-krau-den).

My last mixture served me well over the past year, in everything from biscuits to fruit pies and compotes. So if you’re a little apprehensive about making a batch of mixed spice on the basis you won’t use it all, don’t worry. A little pinch of these sort of mixtures will add a lovely gingerbread flavour in place of plain old cinnamon.

I know that you would not normally arrange spices on neat little paper squares, but I found it quite interesting to see how the colours of each spice vary, and as you work with each, the different aromas will fill your kitchen with the most wonderful warm, woody smells. The warmth of cinnamon and ginger, pungent cloves, fresh cardamom and coriander and aromatic nutmeg, star anise and mace.

In making this, I used ground spices for a number of the ingredients – I’ve tried to grind cloves before, but they are tough little fellows, so you end up using a coffee grinder, and frankly – you’ll never get rid of the smell! Fine if you happen to like spiced coffee, but I don’t. So for the really tough ones, I buy pre-ground. However, I did grind some of them myself – the cardamom seeds were tackled with a mortar and pestle, while the nutmeg and star anise got the grater treatment. Just be sure to pass them through a very fine sieve, so you get rid of any woody bits of spice.

What you will notice when you compare the Dutch and German recipes is that they use many of the same basic spices – cinnamon, cloves, ginger and nutmeg – but in different proportions. And just as with so many spice mixtures, there are dozens of recipes and many people have their own ways of making them. So treat the list below as a guide, and adjust the amounts as per your preferences. For the authentic flavour, you need to add the cinnamon, cloves, mace and ginger, but add or omit anything else that takes your fancy.

Now, the big question – what to make with this mixture?

Well, speculaaskruiden is the typical flavour in a number of biscuits – speculaas in the Netherlands, speculoos in Belgium and Spekulatius in Germany. As the names suggest, these are similar types of biscuit – they’re crisp, buttery, sometimes with almonds, and with lots of spice. While they are eaten all year round, they do tasty particularly festive.

That, or add it to cakes, muffins, carrot cakes, crumbles, compotes…whatever your imagination can come up with! 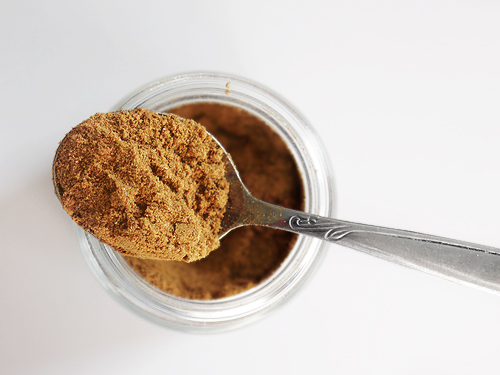 (*) These are essential. The other spices are entirely optional

Put everything in a bowl. Mix well – that’s it! Store in an airtight jar in a cool, dark place.

Worth making? This mixture is fantastic – different notes come out from the different spices, and adds a pleasant spicy note to many recipes. If you’ve got this to hand, it makes for an easy way to add a rounded spiced flavour to just about anything. Really recommended.