You may well be sitting there wondering who, exactly, is this Sally Lunn lady?

Well, before we get to the “who” part, we’ll deal with the “what” part, by which I mean her buns. What is undeniable is that these buns are made from an enriched yeast dough, similar to brioche, and are an utterly delicious teatime treat with a strong association with the fine city of Bath in Somerset. In addition to these buns, Bath is famous for its remarkable Georgian architecture hewn from honey-coloured Bath limestone and its Roman thermal spas which give the city its name (as well as a more modern spa drawing on the same warm thermals, complete with a warm rooftop spa pool).

It was that thermal source that was a major draw for the British aristocracy during the Regency period, where society ladies and gentlemen would descend upon the city to take the waters. I’ve been to the modern spa, and it’s great fun to bob around in the pool, especially when you can see the spires of the old town while floating in the open-air naturally heated pool. I’ve also tried the waters, and they were, frankly, disgusting – clean, but with a lot of minerals. I can imagine Regency ladies in their fancy costumes drinking this stuff and expressing how well they now felt, all the while dreaming of something that tasted, well, nicer….such as a slice of hot, toasted and buttered slice of Sally Lunn bun! 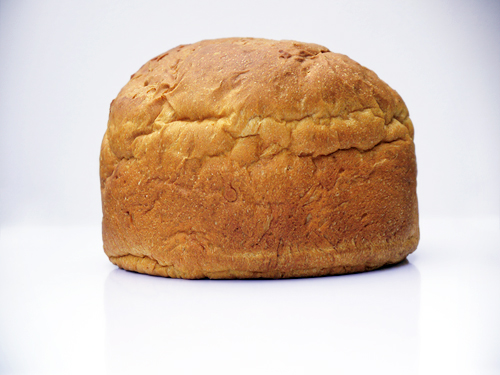 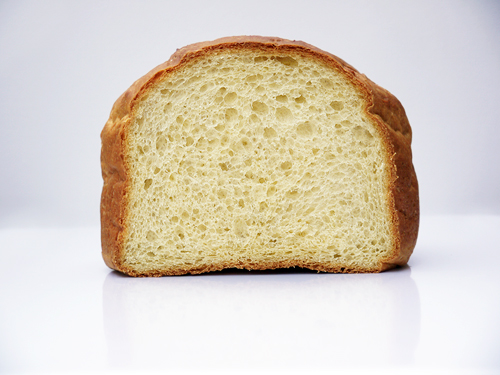 In the truest traditions of British baking, the real story is shrouded in some mystery, with various tales claiming to be the real deal. The first story claims the buns were created by a French Huguenot lady in the late 1600s called Solange Luyon (hence Sally Lunn), who whipped them up based on her knowledge of French brioche. The next is that the name is a corruption of “soleil et lune” (sun and moon) due to the shape of the buns. The third suggestion is that this is just rhyming slang, with Sally Lunn being a term for buns. Of the three, I like the first story most. It’s rather charming to think of Mademoiselle Solange arriving off the boat, making her way to Bath, the locals being unable to pronounce her name, re-naming her Sally and taking her to their hearts on the basis of her tasty buns. Whatever the story, these are now a firm part of the British baking landscape.

However, Sally Lunn buns are not one of those traditional recipes that comes from a particular place but which has since gone generic. Oh no, for when I visited Bath a couple of years ago, although I knew the name, I had never tried Sally Lunn buns, so we went to the original Sally Lunn shop where they bake them to a recipe that they claim to trace back to Mademoiselle Solange herself.

Well, I had something different in mind when I came to try them! It turns out I was expecting something known as the “Bath Bun” which is a completely different sort of bake. The Bath Bun is sweet, with the original versions using sugar and caraway and more modern versions featuring currants and pearl sugar on top, whereas the Sally Lunn bun is a rich bread to take with tea. Very confusing for visitors! Just in case I have whetted your appetite for British baked goods, we’ll be tacking Bath Buns another day. However, back to my experience, and I was rather taken aback when I was presented with a large (size of a head) bun, split and toasted, with various topping options. And by “options” I mean lots of butter and jam. On a cold, crisp winter day, there are few things as wonderful as a rich toasted snack with a cup of Earl Grey tea. The outsize sliced and toasted bun only adds to their charm.

The recipe I have used below is an older one that I found, and reasoned that it was a fair bet that it should work, but I must add that this isn’t the original (the one from the Sally Lunn Teashop is known to only six people, and I’m not one of them). I’ve converted the recipe to more modern measures which are the ones I used when baking it, so rest assured – the recipe has been properly tested!

Now, I’ve also seen various references to these buns as a Regency treat and a Jane Austen favourite. However, I’ve also read that Miss Austen was not entirely partial to Sally Lunns, believing them to be rich and heavy, and that they were bad for her digestion. Whatever Miss Austen used to fuel her narratives across those two inches of ivory, it must have been something other than these buns (too bad Mademoiselle Solange!).

The versions I’ve had in Bath were large – I recall around 20cm in diameter – but I’ve also tried making some into smaller buns and they work an absolute treat. While the larger buns are undeniably impressive, the smaller versions might be more practical if you’re looking to serve these to a group of people for breakfast. If it’s just you, then feel free to make the large one and devour alone! 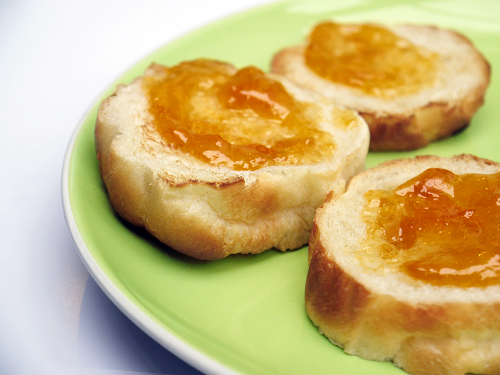 1. Put the milk in a saucepan. Bring to the boil, then remove from the heat. Add the butter, and leave until lukewarm.

2. Add the lukewarm milk mixture to the beaten eggs and mix well.

3. If using a bread machine: throw everything into the machine and run the dough cycle. If working by hand: pour everything into a large bowl, and mix to a dough. Knead for around 10 minutes until elastic (it will be very sticky). Cover and leave to prove until doubled in size.

4. Once the dough has risen, knock it back. Either divide between two round cake tins (18-20cm diameter) or divide into small balls to make individual buns (line the tins with greaseproof paper). Cover loosely with cling film and leave somewhere warm until doubled in size.

5. Bake at 190°C. Allow around 12 minutes for smaller buns, 30-40 minutes for larger buns. If the buns are browning too quickly, cover with tin foil during baking.

6. Once the buns have been baked, remove from the tin and put in a plastic bag to cool. This will make sure the crust is soft.

Worth making? This is a lovely and very easy recipe. The result is rich like brioche, but the simpler shape makes it easy to slice and pop into the toaster. The flavour is excellent hot, spread with butter and sprinkled with cinnamon sugar.