I’m all for including a bit of history around Christmas treat, and I assumed that marquesas de navidad had some long historical pedigree – with sugar, lemon and almonds, they share a lot in common with marzipan. Some sort of medieval delicacy? Something enjoyed during the heyday of the Spanish Empire by Queen Isabella? Their name means “marchioness of Christmas” which sounds very noble indeed. And they are made in these unusual square shapes – obviously special, as I had to hunt high and low to find them. 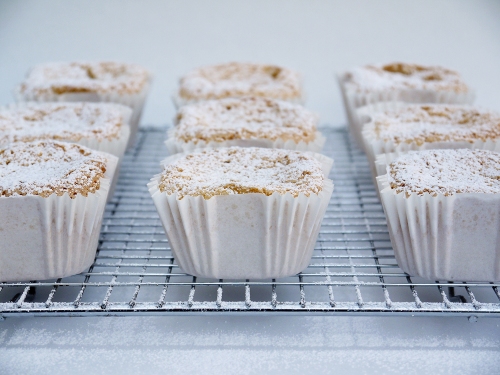 Well…no. Apparently they were created as recently as 1924 by a confectioner in the town of Sonseca in the Spanish region of Toledo. They were a hit, their popularity spread, and the rest is history. Still, it is nice that new Christmas baking appears from time to time – and of course, everything was baked for the first time at some point in the past! 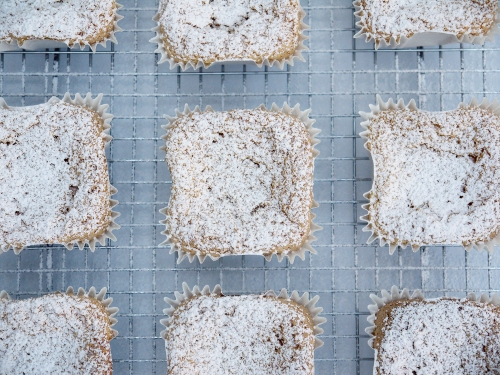 While a comparatively new kid on the block, these marquesas are very straightforward to make – just whip eggs and sugar, then fold in the remaining dry ingredients. The result is a bit like a marzipan cake – they’ve got a fresh note from the lemon zest, and the lovely perfume of almonds, but they are also very light. Simple and delicious. Perfect! 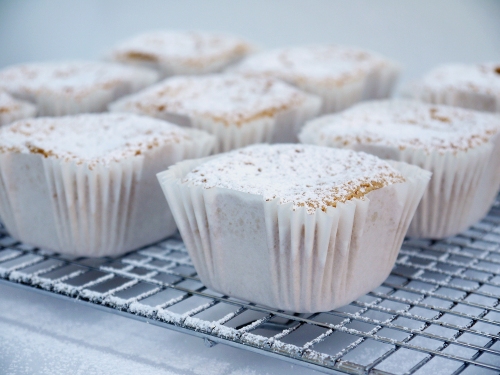 2. Put the eggs, caster sugar, lemon zest and almond extract into a large bowl. Beat with an electric whisk for at least 5 minutes until thick and foamy.

3. Mix the ground almonds, icing sugar, flour, cornflour and baking powder, then fold into the egg mixture in three portions. Try not to knock too much air out of the mixture – you should end up with a thick batter that still flows.

4. Fill the cake cases to three-quarters full. Bake for 12-15 minutes until puffed and golden.

5. Remove the baked marquesas from the oven and leave to cool – the tops will sink and create dimples in the top. Dust with icing sugar before serving.